We Have Too Many Christians Without Christ -Pastor Ademola 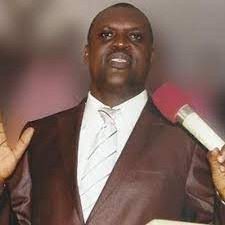 The pastor in charge of Mountain of God Evangelical Ministries has said there are too many Christian without Christ especially in Nigeria. He made this known at a regular radio program on 104.7 SMA FM on Wednesday, the third of June.

While speaking, the servant of God lamented that many do not want to obey Christ but wanted to get the benefits in him. He challenged those who are running from one mountain to the other to pray for miracles and blessing but not ready to stay away from sin to change their ways because it can never work.

“People are not ready to do the will of God but wanted to get the blessing from God. This is not possible. They are praying without salvation, fasting without obeying the Lord which is just excise in futility” He said.

The man of God, Pastor Afolabi while speaking with his reference from the book of Mark 8 insisted that many people who claimed to be Christians and walking in sin are doing that to their damnation, adding that several people indulge in sins and atrocities yet praying to God to bless them.

He lamented on the ministers of God who are praying for the ungodly without asking them to repent of their sin. He made it clear that such ministers are not working for God.

Ademola regretted the number of churches springing up daily without any positive effect on the members of the church.

“Everyone who is in sin is a wicked one. Anyone who is not in Christ cannot receive from God and praying for them is a waste of time.”

“You love to pray but not ready to leave sin. Some of you want to go with another man’s husband and you are still praying. How will God answer your prayers ” He said.

The man of God charged men of God to stop praying for the wicked ones adding that, they should ask them to repent of their sins before God would answer their prayers.

Pastor Ademola, also revealed that several evildoers are going to church with their tithes and offering. He added that they cannot bribe God because the only thing God required of them is repentance.

The fearless servant of God called on politicians who are fraudulent and corrupt to amend their ways because the wrath of God is very much at hand.

He equally cautioned the pastors and prophets who are patronizing them to desist to avoid the wrath of God.

He, therefore, called on everyone who wants to make heaven to repent, never return to their ways of wickedness but to walk in righteousness to get the benefits in Christ.

He said the end time is near and every sign of the end-time has been fulfilled. Keep on but know that the owner of the work will soon come to ask of you