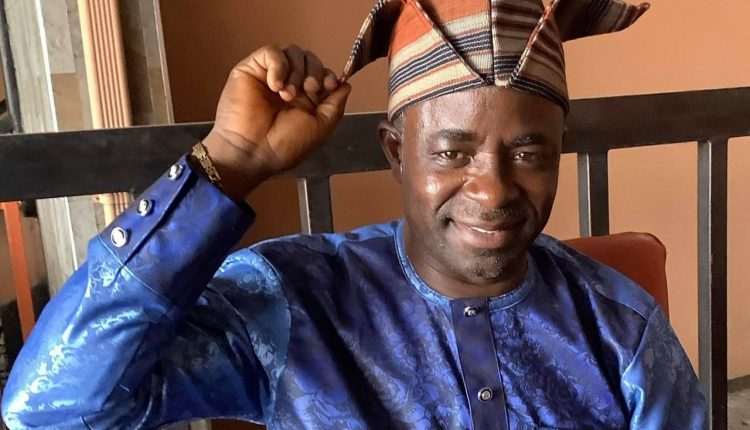 says “In Africa, we have leadership problems.“

These were the lamentations of Professor Dr. Amos Gbenro at a press conference held recently in Lagos, Nigeria as he revealed the solutions to the predicaments of the country and Africa as a whole; promising to be committed to heal the wounds of Africa.

Dr. Gbenro recounts many issues that have overtaken the continent and led her to the position it is today; owning to many problems that need urgent solutions which is why the mandate of the association is apt at the moment. Although according to Prof. Gbenro, the association is not a religious, tribal or ethnic oriented but a movement that would position African nations well and attract global attention within the shortest period

Gbenro, the convener and visionary leader of the God Bless Africa Movement, (GBAM) affirmed that through the association, the solutions of Africans would be addressed and healed following the many earmarked programmes and plans of the association.

Professor Gbenro who has been in Johannesburg, South Africa, for about two decades revealed how God Bless Africa Movement was birthed primarily to heal the Africa continent as well as promoting love, peace, unity, prosperity, loyalty, the culture within and among the Africans.

“God bless Africa Movement is an organization that is out to solve human problems; we have come to provide concrete solutions to what is going on in Africa. In Africa, we have leadership problems. We have needs of Africans that are not met yet, we have students who have a degree and yet they are not useful to the nation, we have women who are not self-dependent, we have men yet they have lost their leadership because they couldn’t meet up with their responsibilities, all these are what we have come to address through our unique objectives.” Gbenro reinstated.

He emphasized that the whole essence of GBAM is to heal and empower all African Nations so as to actively be involved in socio-economic programmes/projects.

Speaking on how the objectives would be implemented, he stated that students of the African continent will enjoy educational empowerment which will involve skill acquisition and scholarship programmes that will aid their growth and personal development so they can influence and become a great blessing to others and their nations.

He further stated that, through GBAM Academy, the future of African youth would be secured and sustained adding that youth would be trained to become captains of industries instead of becoming beggars and burdens to the Nations.

On women empowerment, Professor Gbenro said African women would be trained on how to stand on their feet, to effectively depend on themselves in order to carry out their motherhood responsibilities without any form of restrictions. He also said African men would be tutored and trained on their leadership skills so that they can efficiently carry out their responsibilities as expected.

In his words “We have both developmental and empowerment programmes to assist African people;  that is, African women, African youths and African men. One of our plans is to look into the educational system in Africa. From my observation African degrees are not inclusive. The educational system in Africa is not solving the appropriate problems. We want to ensure whosoever goes to school becomes a solution provider; that the person solves problems and not to add to the problems. We have God Bless Africa Academy where we train students as the future of Africa whose degrees are reliable and useful. We have national relief plans that include mass farming. It is one of our 14-point agenda. This agenda covers women empowerment, youth empowerment, entrepreneurship development, men empowerment, human trafficking & sexual awareness, promoting peace and prosperity across the African continent, uniting African nations, promoting African culture and diversity, educational empowerment, addressing gender based violence, campaign against child abuse, social development, war against corruption and national relief plans.”

Also at the press conference professor Gbenro revealed that GBAM is set to provide National reliefs such as farms that will produce foods to feed the community which will help to reduce the hunger crisis in Africa.

In essence, he said GBAM has come to find lasting solutions to many of humanity’s problems in Africa; which range from child abuse, human trafficking, sexual harassment, corruption among others.

Also at the press conference was Dr. Orogojimo, the Executive Member who spoke on the mandate of the God Bless Africa Movement on the need to promote the culture of Africa so that African can stand on their feet alone and in turn heal the wounds of the continent.

Orogojimo, therefore, called on Africans in the diaspora to see the needs of this great movement and be part; so that the continent can be healed of her divergent problems.

Meanwhile, the National media Director, Dr. Olajide Oshodi advised all leaders both religion and organisations to join hands for the success of the upcoming congress adding that it is a movement that would cause a great change in the lives of many people across Africa.

“God bless Africa Movement is an organization accepted in all African Nation, and many spiritual leaders and secular leaders are connected through the wonderful vision of this organization.”

“GBAM  Launch in Nigeria and his ready to take a great effect on all project design; to help humanity, especially in the area of empowering women in our community.” He assured.

On the upcoming congress of God Bless Africa Movement scheduled to hold in November; in Johannesburg, South Africa, he said members are invited from all over African continent to be part of the congress adding that interested participants are advised to visit the GBAM website, www.godblessafricamovement.org for details.

Also at the press conference, were prominent representatives from Nigeria among is Dr. Victor, Dr. Olajide Oshodi as the National media Director, and Dr. Doris Oforkarsi as General Secretary of the movement.